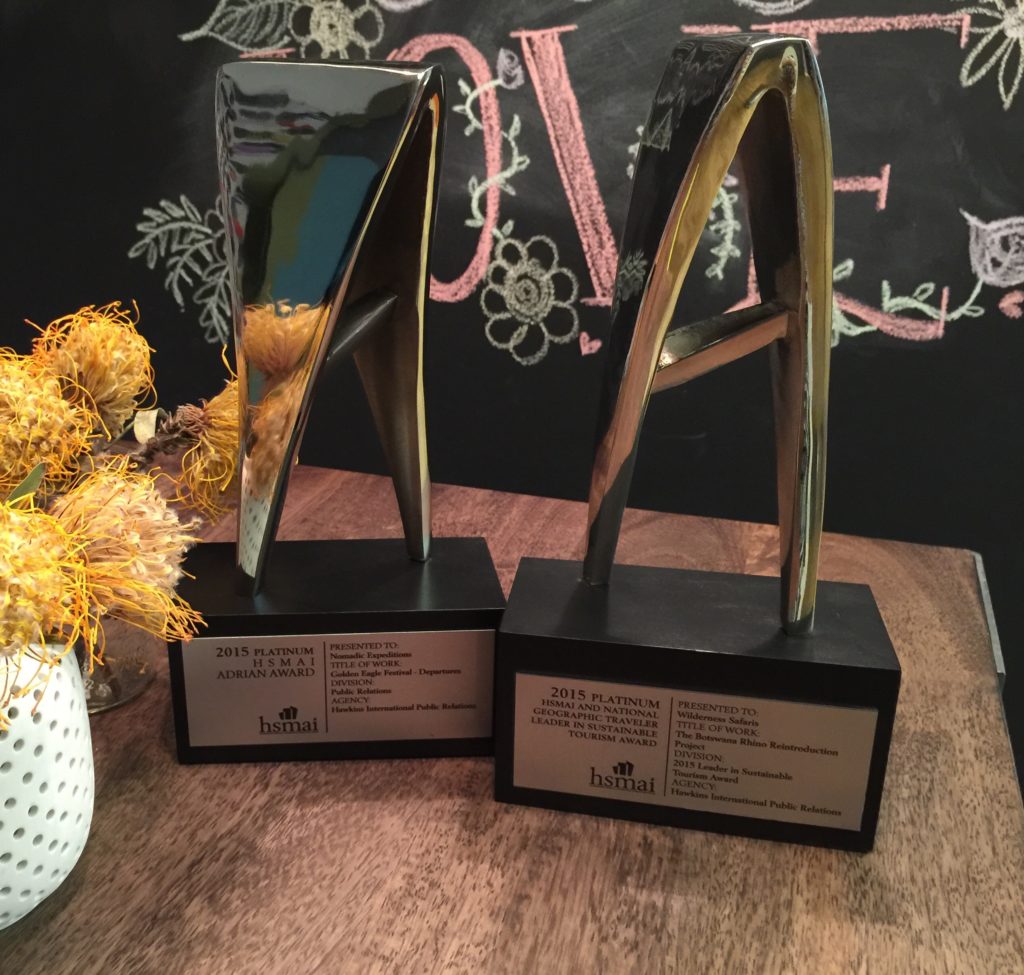 Every February, all eyes in the hospitality industry turn to the HSMAI Adrian Awards. This year, Hawkins International was once again invited to be part of the grand evening!

The Adrian Awards are regarded as the largest and most prestigious global travel marketing competition, recognizing the best and brightest hotels, airlines, cruise lines, destinations and more. They are presented by the Hospitality Sales & Marketing Association International (HSMAI), a worldwide organization comprised of sales, marketing, and revenue management professionals representing all segments of the hospitality industry. Winners are selected by senior industry and media experts and honored at the Adrian Awards Gala, which was held last evening at the New York Marriott Marquis.

Hawkins International had a stellar showing this year with seven awards total, and the night proved to be a lovely affair connecting with old friends and meeting other travel lovers from around the globe. Take a look at some photos from the gala as well as a full list of the awards won last night!