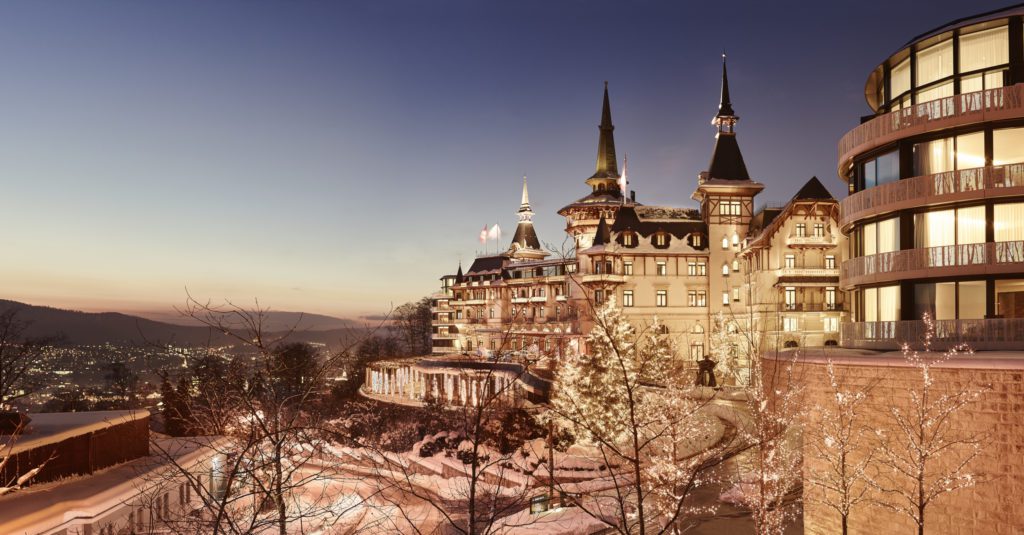 Cook something tasty and publicity will come. As a result of an interview we arranged, Matthew Ginn, Chef de Cuisine of Evo, was featured in coverage of local culinary talent on the Portland Press Herald online. Originally presented as a small inclusion, “Some Portland Chefs Take The Leap To New Cuisines” by staff writer Meredith Goad focused two chefs, with detailed background, three slide show images and quotes – including “I thought, ‘Holy cow, what am I getting myself into?’” – detailing Ginn’s approach to Evo’s lip-smacking Eastern Mediterranean cuisine. The Portland Press Herald online boasts viewership of 601,292 per month.

Innovation = interest. That’s the takeaway from “Peak of Perfection,” freelance writer Victoria Stewart’s five-page feature on the Swiss culinary scene in the January/February 2016 issue of the private jet lifestyle magazine Elite Traveler. Stewart, who was a delightful presence on the 2015 press trip we put together to the second annual Epicure Food Festival in Zurich, pointed in particular to Chef Heiko Neider at The Dolder Grand, noting the hotel’s flawless Swiss cuisine as a driving force in Switzerland’s evolution into a fine-dining destination. The article, which opened with a two-page photo spread of The Dolder Grand’s exterior, frames the hotel as a must-visit and the chef as an industry leader: “If anyone is being innovative in Switzerland, it’s Nieder at The Dolder Grand.” Among highlights is a lengthy pull quote from Neider accompanying an interior photo of The Restaurant. As its name implies, Elite Traveler is fashioned for an elite, affluent market, reaching 100,000+ high-net-worth individuals with reporting on travel, fashion, jewelry, spirits, autos, yachts and more. Altogether, a great score with a great audience for The Dolder Grand.

Madeline Hotel and Residences on WGN-TV and Chicago Magazine Online

Where best for Midwestern winter sports enthusiasts to stay in-season in the Colorado Rockies? Madeline Hotel and Residences, of course. Thanks to our efforts in coordinating a visit, the Forbes Four Star-rated address was highlighted for Chicagoans in Nina Kokotas Hahn’s coverage of “Five Great Ski Trips to Take Right Now” on Chicago Magazine online, as well as in Hahn’s broadcast segment on the same on WGN-TV. The article noted the hotel’s new pool, ice skating rink and “high-touch rooms,” while the broadcast piece highlighted the new direct flight from Chicago to Telluride, as well as the hotel’s great location, Dylan’s Candy Shop and ice skating rink. No word at present on the number of viewers that tuned in to the broadcast, but Chicago Magazine online has a VPM of 207,090.

“From apps to pop-up groups to celebrities who swear by their daily practices, it’s hard not to notice that meditation is in vogue,” begins Kristin Vokovic’s detailed coverage of the way spas, hotels and resorts are embracing the meditation trend. The lengthy piece, “Mind on Meditation,” which appeared on American Spa online on February 26, included details of “Mindful Awareness” meditation programming at Spa Solage at Solage Calistoga – including quotes from Tim Carl, PH.D., the Calistoga-based practitioner who coordinates the program, and the hotel’s Spa Director Helen Brown. The piece also highlights wellness packages offered at GOCO Spa at JW Marriott Venice Resort & Spa, and the February Wellness Weekend led by yoga and meditation expert David Romanelli that was offered as part of Le Guanahani’s 30th anniversary celebration. American Spa online covers anything and everything about spas for spa owners and staff. It has a VPM of 14,809.

There are a whole buncha beaches in the Caribbean, but only one Seven Mile Beach. Two lucky travelers will soon be experiencing the near-endless stretch of sand with a stay at Westin Grand Cayman Seven Mile Beach Resort & Spa thanks to a generous giveaway on The Rachel Ray Show. The segment, which aired on February 24, prominently displayed the resort via Ms. Ray’s description of the giveaway. With the show reaching 1.6 million viewers per episode plus a reliably amped studio audience, it was great exposure for a great destination resort.