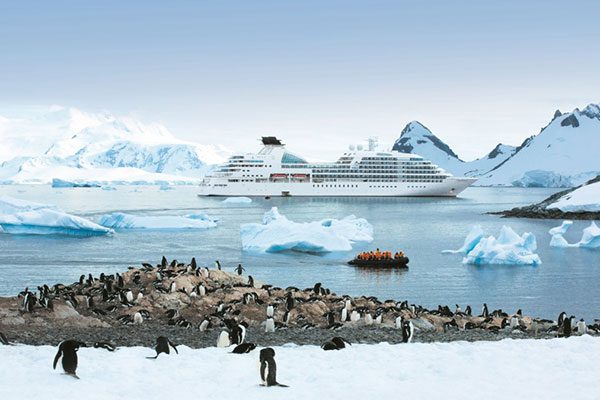 Recently, our client, Seabourn, announced ground-breaking, culinary-meets-travel news in Hong Kong; the first-ever partnership with renowned chef Thomas Keller, the mastermind behind The French Laundry, Per Se, Bouchon and more. When Hawkins International PR helped break the news, many agreed that the collaboration between the award-winning chef and the pioneers of small ship, ultra-luxury cruising was an ideal match of two bespoke and special brands. Both best-in-class brands are respected for their attention to detail, dedication to innovation, and passion for delivering exceptional service.

Last night in New York City at the press event, Seabourn President Richard Meadows and Chef Thomas Keller came together to celebrate the partnership at none other than Per Se, Keller’s celebrated New American and French restaurant designed by esteemed interior designer and architect Adam Tihany. Tihany is also joining Seabourn to bring his talents to the high seas by designing their newest vessels, Seabourn Encore (2016) and Seabourn Ovation (2018). Top executives from Carnival Corporation, Seabourn’s parent company, were also in attendance to support this momentous occasion, including Micky Arison and Arnold Donald. Take a look at some of the behind-the-scenes photos and tweets from last night’s elegant affair.

From Central Park, @SeabournCruise Announces That It Will Bring Three Michelin Stars To Sea http://t.co/zOj99CPNrG pic.twitter.com/rAX13CrEiy

A behind-the-scenes glimpse at the #culinary perfection our guests experienced at @PerSeNY this evening #TKatSea pic.twitter.com/svfGspXaDI

.@Chef_Keller x @SeabournCruise: changing menus based on local ingredients could mean a Per Se in every port @luxury

“This team is dedicated to service, and we are excited to learn from each other.” – @Chef_Keller #TKatSea pic.twitter.com/YMzrwIKxag