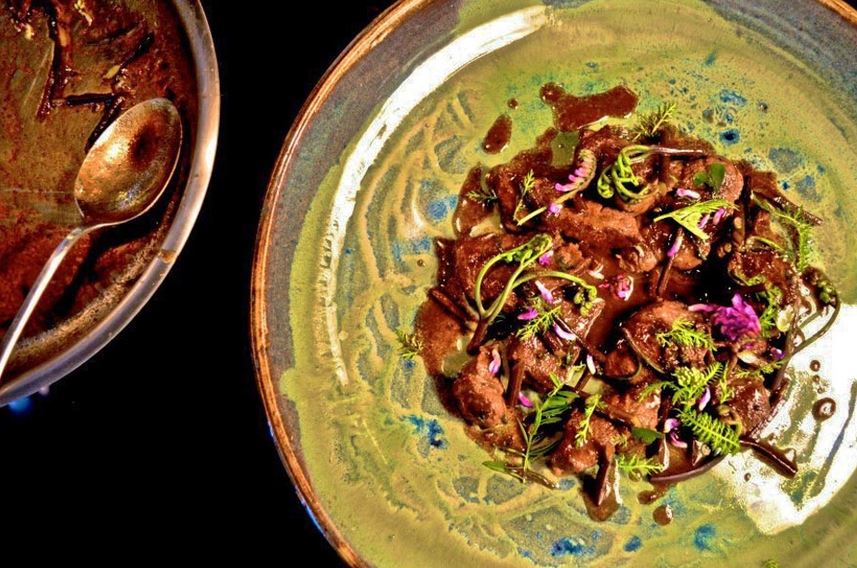 The Grove Park Inn in and on The Wall Street Journal

Want to get inside the real Asheville, North Carolina? Start with a stay at The Omni Grove Park Inn. As a result of our arranging accommodation for freelancer Deborah Dunn, the historic Inn was featured in “Asheville: The South Insider’s Destination” in The Wall Street Journal. Along with showcasing the property’s storied history, spectacular Blue Ridge Mountain views, and lip-smacking dining and drinking options, the article had two full paragraphs on Dunn’s experience “on the town” with the Inn’s Director of Public Relations Tracey Johnston-Crum. As Ms. Johnston-Crum told the writer: “We don’t take ourselves too seriously here in Asheville…if we did, we’d be laughed out of town.” Nice! WSJ is one of the big ones, of course: With the article featured in the paper and online, it potentially reached more than 15 million.

The holidays are coming, and readers of Robb Report are ready. Following our announcement of Solage Calistoga’s new Sparkle and Savor culinary series, the hotel was featured in “Celebrate the Holidays – and Cabernet Season – in Napa” on Robb Report online. The article not only showcased various Napa Valley holiday packages, spa treatments and culinary events scheduled for Cabernet Season, but highlighted the resort and its signature restaurant Solbar with mention of Sparkle and Savor dinners and the chefs who’ll be cooking them. Robb Report reaches 648,900 readers online.

Hotel Vermont All Over the Place

And you thought roadkill was just for vultures. Thanks to HIPR’s promotional efforts, Hotel Vermont’s clever “Wild About Vermont Dinner” serving wild-game roadkill got quite a bit of attention. Quite a bit indeed, including: “Hotel Vermont Will Soon Serve Delicious, Delicious Roadkill” on Travel + Leisure online (VPM 8,147,488) and “Would You Eat a Wild-Game Dinner Featuring Roadkill” on the popular culinary blog Food Republic (VPM 1,429,289). After TIME (circ 3,281,557) ran “Vermont Hotel Will Serve Roadkill Menu” online, the magazine’s photo department contacted us for images for a potential feature in an upcoming issue. And after we shared information with the popular food website Munchies (VPM 932,739), writer Wyatt Marshall reached out directly to Chef Doug Paine and featured the meal in “We Talked To The Vermont Chef Who’s Putting Roadkill On His Prix-Fixe Menu.” Meanwhile, WPTZ visited the hotel to film a segment in October, resulting in an AP article that got syndicated across the country including in top outlets like The New York Times, New York Post, Men’s Journal online, AOL.com, Huffington Post, EATER.com, NBC New York and MyFoxBoston.com. Added up, that’s more than 575 million media impressions to date.

There is no such thing as a free lunch, but group clientele hungry for drinks and dining at Westin Grand Cayman Seven Mile Beach Resort & Spa can enjoy the next best thing. As a result of a press release we put together, the resort’s new Customized Meal and Beverage Plan got a nice write up on TravelAgentCentral.com with “Westin Grand Cayman Announces New Meal and Beverage Packages for Groups.” The website, which covers new hotels, resorts, golf courses, cruise ships, changes in travel agents’ commissions and opportunities to improve sales and profits, has a tasty VPM of 131,518.

In the Halloween spirit, Omni Mount Washington Resort was highlighted on Fox & Friends in “Four of the Most Haunted Hotels in the U.S.,” an on-air round up of hotels with a ghostly edge featuring Expedia Travel Expert Courtney Scott. The journalist noted that the all-season resort in Bretton Woods, New Hampshire, is haunted by “The Princess,” a.k.a., Carolyn Stickney, the wife of Joseph Stickney, the wealthy industrialist who created the property at the turn of the 20th century.

The island of St. Barth has more “high-luxury hotels per square mile than just about any other island in the Caribbean, and possibly the world,” begins “Where To Stay In St. Barth This Winter,” a round up by contributor Ann Abel on Forbes.com. And what property was first Abel’s list? Le Guanahani. The writer, who called out Le Guanahani as a “Family Friendly Playground” and the island’s “biggest (for now) and most-full service hotel,” was particularly dazzled by the resort’s brightly colored cottages: “I couldn’t help but smile every time I stepped outside and took in the yellows and purples, not to mention the resident turtles and cats.”

With the start of ski season is just around the bend in the Colorado Rockies, Men’s Journal wants its readers to be ready. To that end, we arranged a stay at Madeline Hotel and Residences for Mark Healy, who responded by including the resort in “Doing It All In Telluride” in the magazine’s November issue as well as online. Part of a larger feature on “21 Amazing Weekend Trips,” the Telluride piece highlights various activities, restaurants and activities available throughout the historic village, with Madeline the only hotel mentioned in the Mountain Village portion of the piece. Men’s Journal has a circulation of 762,053 and a VPM of 4,560,549.