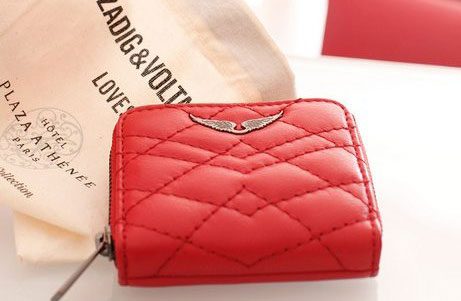 Foodies are always hungry for news of Thomas Keller, and we’re happy to satiate them. With news about to be announced of the partnership that will take culinary offerings to new heights on the ultra-luxury cruise line Seabourn, we secured Travel + Leisure’s Travel + Food Editor Brooke Porter Katz to conduct a pre-announcement interview with the world-renowned chef and Seabourn President Rick Meadows. The result was an exclusive: “How Chef Thomas Keller Will Raise the Standards of Cruise Dining,” which appeared online on June 10. Among gems in the piece were two photos and Keller’s reminiscence that he knew he would be interested in partnering with the line after seeing Seabourn Quest in Miami several years ago. The article also mentioned Adam D. Tihany’s contribution to the design of the line’s newest vessels, Seabourn Encore and Seabourn Ovation. Travel + Leisure online is a big score, with VPM of 1.2 million.

Who would think a rooftop could be such big news? Thanks to our pitching of the rooftop of Montage Beverly Hills as a summer destination, freelancer Lisa Cheng included the resort in “Drink In the Views,” a roundup of rooftops that ran in the “Off Duty” section of The Wall Street Journal on June 20. Published on Saturdays, “Off Duty,” focuses on fashion, food, design, travel, gear and tech. The Wall Street Journal has a readership of 2,204,093.

How does The Omni Homestead Resort’s garden grow? If Bethesda Magazine is any judge, quite well. As a result of our pitch, fact-checking, and sharing of images with contributor Christine Koubek, the resort was featured in “Outdoor Oasis” in the magazine’s May/June 2015 issue, with details of the garden at The Spa at The Omni Homestead’s and three large images of the spa. Bethesda Magazine is written for residents of towns in the south of Montgomery County, Maryland, including Bethesda, Potomac and Silver Spring. The magazine is distributed to 30,000 readers each month.

With its location deep in the Wasatch Mountains in Park City, Utah, Montage Deer Valley is a prime destination for winter sports aficionados. But there’s also plenty to do at the 5-star luxury resort when the weather warms up. As a result of our pitching the resort’s programming, Business Editor Bubba Brown penned “The Montage Deer Valley Hopes to Lure Summer Travelers,” which appeared online and in print in The Park Record on June 19. The paper has a VPM of 6,390,360 and a print circulation of 361,323.

Three Clients in One Article in The Toronto Star

Move over, Mother’s Day. Father’s Day offerings garnered nice coverage for three of our clients – Omni Rancho Las Palmas Resort & Spa, Hotel Vermont and Montage Deer Valley – in “Fare Deals: Pints and Putters for Dad,” which appeared online and in print in The Toronto Star on June 19. Canada’s highest circulation newspaper has a VPM of 6,390,360 and a circulation of 361,323.

The world sure seems hungry for food & beverage news these days. Case in point: The recent naming of new talent to oversee F&B at Lake Arrowhead Resort & Spa. Thanks to an announcement release we put together and distributed, the news was highlighted in “Raymond Soria Appointed Director of Food & Beverage at Lake Arrowhead Resort & Spa” in four target online hotel trade publications including HotelExecutive.com, HotelOnline.com, EHotelier.com, and HotelInteractive.com. The publications have VPM’s of 59,759; 190,742; 17,420; and 14,335, respectively. The Hotel-Online piece was also syndicated on Food Industry Today online.