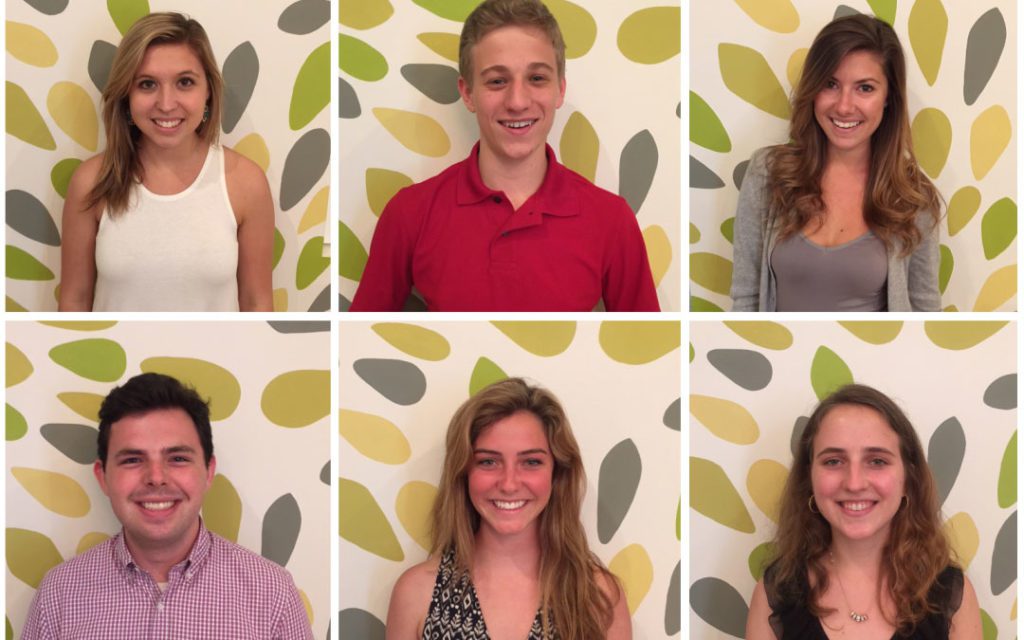 At Hawkins International, we love having the opportunity to welcome a stellar group of student interns every semester to gain valuable real-world experience while getting an exclusive glimpse into our world of public relations, digital media, travel trends, hospitality and more.

Now that we’re officially into the summer season, our team of trusty interns has started settling into their new roles. With such a talented group, we wanted to highlight each of their diverse backgrounds, interests and other fun facts that would help formally introduce them to the agency – so we arranged a morning of intern presentations to accomplish just that. We learned some interesting facts, heard a few hilarious stories and ultimately got a chance to really meet each of our newest additions. So, without further adieu, please allow us to introduce our fabulous summer 2015 interns:

First up was Madison Baer, a rising junior at Penn State University! During her presentation, we learned that she grew up in a military family which has led her to call 7 different states “home.” At school, she is involved with the IFC/Panhellenic Dance Marathon, PRSSA, and a dedicated sister of the Delta Gamma sorority. Madison is a self-proclaimed dog lover, adventure-seeker, and photography enthusiast. However, some of her greatest passions lie within theater and music. She grew up playing the piano, participating in choirs and theaters until she graduated high school. During high school she was involved in with the Pensacola Children’s Chorus: a city wide choir in Pensacola, Florida for kids third to twelfth grade where she would perform at various local events as well as various locations around the world. Her experience with the Children’s Chorus gave her a deep respect for all types of music from classical to cultural to show tunes and fed her love for theater arts. When not in the office, Madison can be found seeing a show in NYC, catching a traveling production, or exploring the Theater District.

Next to take the stage was Seamus McMahon. Hailing from Chicago, Seamus is another theater enthusiast, which happens to be his major at Loyola University Chicago, in addition to his marketing minor. Having studied in Rome last fall for a semester abroad, he appears to not mind being far from home! During his presentation he gave us a little insight into his usual problem in being an avid traveler – his fear of heights. Though we may not agree with his dislike for roller coasters, Seamus gave us some good laughs as he discussed his love for buildings and landmarks around the world. He said that it is because of this love that he enjoys traveling to places all over the globe which makes us think that he has found a good home here at Hawkins International!

Following Seamus was Genevieve Bellon. A rising senior at the University of Notre Dame, Genevieve is studying International Economics and History. To introduce herself to the Hawkins team (and keep with the musical theme), she gave a presentation on her participation in her university’s marching band. We learned that Genevieve has been playing the flute and piano for over 10 years, and has since added guitar and piccolo to her repertoire, playing the latter in the marching band.  A time-consuming extracurricular activity, marching band offers Genevieve a chance to meet friends, exercise leadership and communication abilities, and, most importantly, have fun – all things she is looking forward to experiencing during her summer internship working with the PR teams.

Next up, we had the chance to hear from Kerryn Melville. Some of Hawkins team was pleasantly surprised to find out that Kerryn, an avid traveler and University of Central Florida student, is currently working within the hospitality industry and has been for quite some time now. She works for the Rosen Shingle Creek Hotel, a Four-Star Resort located in Orlando, Florida where she has learned the ins and outs of what the luxury hotel business entails. Kerryn is expected to graduate in December 2015 with a Bachelor’s Degree in Human Communication and a minor in both Mass Communication and Marketing. Although she loves Florida, she simply can’t deny her dream of moving to New York City after graduating from UCF and pursuing a career in the public relations industry.

Sarah Lenahan addressed the office following Kerryn to share a little bit about herself. Originally from Charlotte, North Carolina, Sarah shared an unexpected talent with us during her presentation. Showing us a video of one of her concerts, she explained that she has been classically trained in piano since she was just six years old! Sarah has had the opportunity to play in several different bands and orchestras and has been taught under a Ella Sterling, a Russian immigrant who was once a concert pianist. She explained that her teacher has not only inspired Sarah musically, but ha also given her unique insight and wisdom from life stories of leaving communist Russia to find freedom in America. Sarah is a rising Senior at Auburn University and is studying Public Relations and Spanish. Although a dedicated public relations intern, she has also had the opportunity to help the Hawkins Digital Team on a few project since joining the agency. Talk about best of both worlds!

Last but not least, the agency got to hear from digital intern Chase Guttman. During his presentation, the agency learned that Chase is an award-winning travel photographer and intrepid adventurer who has shot in over 50 countries and all 50 U.S. states. Guttman was named a 3 Best Travel Photography Blogger by USA Today, has twice won Young Travel Photographer of the Year, as well as Grand Prize in National Geographic’s International Photography Competition for Kids and the Young Photographer’s Alliance Emerging Talent Award. Chase has lectured at the George Eastman House International Museum of Photography and Film and his work has been exhibited three times at the Royal Geographical Society in London. In addition, he has shot on assignment for Fodor’s Travel Publications, The New York Daily News and Tauck Tours and he has been published in National Geographic Publications, ESPN and the Telegraph among others. He also serves as the Chief of Photography for the Skyworks Project, a cutting-edge drone research and development lab based in Syracuse, New York.