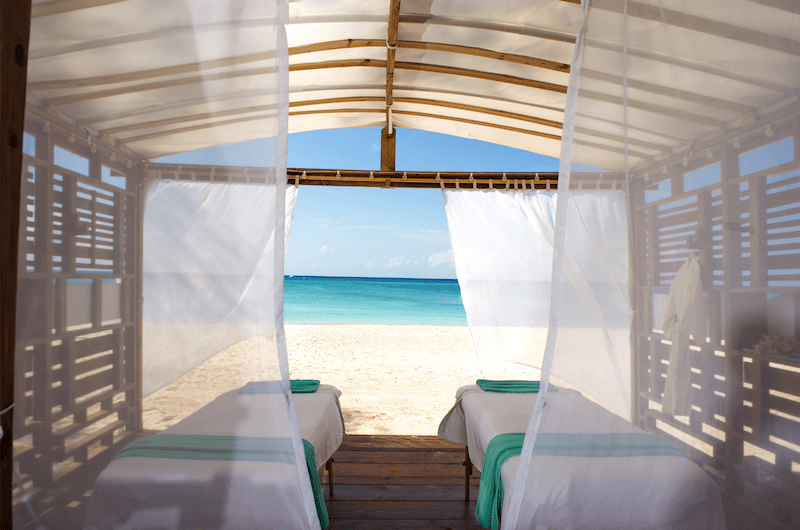 If social media is today’s marketplace, then video is the language of that marketplace. The stats tell the story: video is projected to make up more than 80 percent of all web traffic by 2019. And 64 percent of consumers are more likely to buy a product after watching a video about it. Finally, 87 percent of online marketers—including, probably, your competition—are already using video.

Enter the new: a series of ads inspired by a popular series of vlog posts by the resort. Since Facebook video garners triple the engagement and 1,200 percent more shares than static posts, the Hawkins International team came up with a new Facebook advertising strategy focusing on video advertising. First step: Create a custom video for the Northeast market, launching it on the first day of a major winter storm.

Trade the snow for the sand! Receive your 5th Night Free and a $100 Resort Credit with our #EscapeTheSnow package!

Instant success: This single post generated more than half the clicks that the entire previous 18 months of static ads had delivered, for less than one-eighth the cost. (That’s right, video was cheaper.)

Next, the team doubled down on the Northeast, customizing the ads for the three markets that responded most positively to the previous ad. Chicago, Boston and NYC each got targeted messaging, creating 61,000 impressions. Another campaign followed: “Perfect Day at the Westin Grand Cayman,” in which a time-stamped screen countdown of 24 hours at the resort showed—without narration, since the majority of Facebook users are watching without sound—the resort at its best. This was a big win, since it reached over 151,000 Facebook fans and led to a total of $67,679 in room revenue.

The secret of video? It’s great-looking. It’s innovative (as the resort discovered when it tested a 360 video format ad). And it’s ever-evolving: for example, the most recent ad, “Only Takes One Second to Click Book Now” featured various touchpoints at the resort (the mixology program, the arrival experience, and Seven Mile Beach) in a brief 30-second spot. This new time limit was decided upon when the team noticed where viewer engagement dropped off in earlier ads.

It takes 20 seconds to walk from the lobby to Seven Mile Beach. It takes one second to click "Book Now."

Better-looking, faster, and best of all, more effective…again, just look at the numbers. After 5 videos and $4,000 spent, the result was 465 room nights booked and $123,544 in revenue. That’s a 3,000 percent return on investment—so isn’t your business ready for its own close-up?